Is The Battle Between HTML5 and native Apps a Non-issue?

Will HTML5 or native apps lead the charge for the superphone platform? Or is the conflict between the two simply getting overblown?

Today at VentureBeat's Mobile Summit, we tried to suss out the many aspects of the HTML5 and native mobile app debate by gathering some talented minds to discuss the issue, including Peter Relan, the founder of YouWeb; Asokan Thiyagarajan, platforms director at Samsung; and Sayeed Choudhury, director of product management and web technologies at Qualcomm.

VentureBeat's Matt Marshall, who has written at length about why he thinks HTML5 apps spell doom for native apps, facilitated the discussion, which was also open to plenty of input from the audience.

Due to the open and wide-ranging nature of the conversation, it's simpler for me to offer a few notable highlights: 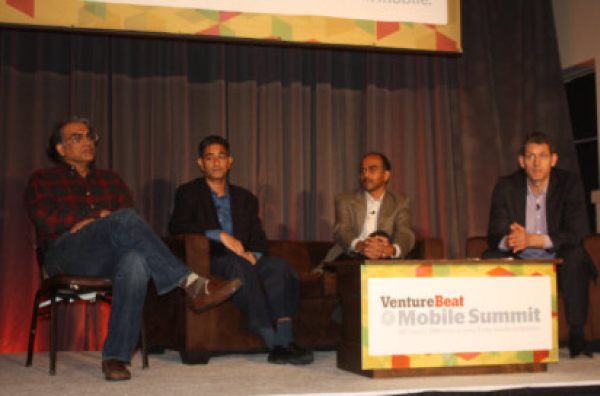 – Choudhury made it clear that he abhors the term "superphone" because it diminishes the impact of the progress happening on smartphones. Sure, new dual-core (and next year quad-core) CPU phones will introduce entirely new levels of speed, but existing phones are also seeing tons of speed improvements as companies like Qualcomm and Google become better attuned to the intricacies of mobile hardware. Choudhury pointed to Javascript performance on Android phones, which increased five-fold between 2009 and 2010.

– Choudhury also mentioned that Qualcomm has historically been a company that is all about focusing performance on native apps. But now the company can't ignore the importance of the web browser, both for general browsing and HTML5 apps.

– A Mozilla developer in the audience said that there really is no controversy, and that HTML5 won't end up killing native apps. Instead, he views HTML5 as simply another tool that will help developers out. Native apps will continue to have their place since they will likely always have access to more extensive graphics and hardware capabilities compared to HTML5-driven apps.

– The panel pointed to LG's Optimus Android smartphone, which is inexpensive but offers incredibly fast web browsing performance. Having good support for similar mid-range and low-end devices may be something that will compel developers to stick with HTML5 apps.

– Relan said he wished more developers would rely on the cloud, something that could open up all sorts of new innovation for both native and mobile apps. By relying on the cloud, developers wouldn't have to worry about the Javascript or processing performance of a user's phone. As one potential example, he said that it could eventually allow for mobile OS virtualization that could let anybody run Android apps on their iPhone, or vice versa.

– Relan also takes a pragmatic approach to mobile development. His main concern today is how you developers can combine HTML5 with native performance.

By the end of the panel, there definitely didn't seem to be a clear winner between HTML5 and native apps. Instead, the future looks more nuanced, with HTML5 apps becoming popular, but never quite killing native apps completely.

Perhaps in the end, there really isn't any major storm brewing between the two, and we should all just shut up and play Angry Birds.

The original copy of the article can be found here